PHILANTHROPIC FOUNDATION BOARD OF GOVERNORS 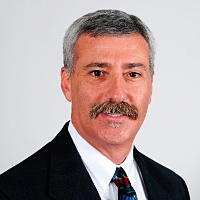 Gary Green is recipient of the Distinguished Alumnus Award. The bank executive, who earned an MBA from USC after graduating from Cal State Fullerton, began his career at Bank of America and then moved to Eldorado Bank in 1989 as regional manager of the Tustin headquarters office. When California Bank & Trust’s acquisition of Eldorado Bank in 2001, Green continued to rise through the ranks to his current position as executive vice president and manager for the Orange County commercial banking region. He served as chair of CSUF’s Concert Under the Stars Community Committee for four consecutive years, is committee chairman of Mihaylo College of Business and Economics’ Mid-Year Economic Forecast and serves on the Mihaylo College of Business and Economics Executive Council.