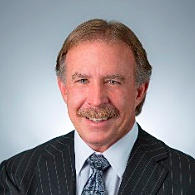 Scott O’Brien is chairman of The Safariland Group, a global provider of a broad range of safety and survivability products designed for the public safety, military and outdoor markets.

He joined Safariland in 1973 and held various positions in operations prior to being named vice president of manufacturing in 1985. In this executive role, Mr. O’Brien led the company through a period of unprecedented growth and was named president of The Safariland Group in 1993 and played a key role in the acquisitions of Break-Free, Hatch and Bianchi International. He also was instrumental in developing the international market with Armor Products International.

In 2007, Safariland was acquired by BAE Systems and Mr. O’Brien was named president of the Products Group Business of BAE Systems plc, and later added the leadership role of Individual Protection Systems. From 2007 to 2012, Mr. O’Brien was responsible for multiple operations that distributed brand name products for law enforcement, military and commercial markets worldwide with annual sales of $400 million.

He has led the company through 30 acquisitions, with operations in the US, Canada, Mexico and Lithuania. In 2012, Mr. O’Brien spearheaded the divestiture of The Safariland Products Group from BAE Systems, leading to the acquisition by the privately-held Kanders & Co., the entity by which it is held today.

Today, The Safariland Group has offices in both Ontario, California, and Jacksonville, Florida, with 2,668 associates. The company is a manufacturer of premier products ranging from body armor to riot gear and holsters.

Mr. O’Brien holds a bachelor’s degree in business administration from California State University, Fullerton, where he takes an active role as a member of the Dean’s Advisory Board for Mihaylo College of Business and Economics, and as a member of the university’s Philanthropic Foundation Board of Governors. He was recently honored by Cal State Fullerton with its premier recognition for alumni, the Vision & Visionaries Award. Since its inception in 1994, the honor has been awarded to just 150 alumni of the university’s more than 300,000 graduates.

In addition to his campus service, Mr. O’Brien is a member of the Young Presidents’ Organization and is chairman emeritus of the Toyota Motor Sales Supplier Alliance.