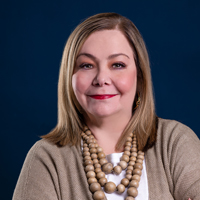 Born and raised in Puerto Rico, Ingrid Otero-Smart has over 30 years of advertising experience in the U.S Hispanic Market and Puerto Rico. She joined Casanova Pendrill in August 2008 as President/CEO. The agency re-branded as Casanova//McCann in 2016, and she acquired the majority stake from Interpublic Group in 2020, making Casanova a minority-owned agency once again.

At Casanova, she leads the agency operations, managing offices in Costa Mesa, New York, Detroit, and field teams in Dallas and Chicago.

Otero-Smart started her career at McCann in PR and joined Mendoza Dillon & Asociados in California in 1987. She worked there as an account director and left 18 years later as President/COO.